I lived in Kiev from 1993-4 in a block of flats that overlooked an area known as Tsarskoye Selo – the Tsar’s Village. Tsarskoye Selo was a warren of lanes, crumbling cottages and twisted fruit trees bisected by a long, narrow road called Panfilovstev Street. I walked its length most days and often wondered about its elderly inhabitants.  They had lived through the great famine, the purges, the war. No one ever spoke about what they’d witnessed, or endured.

By early 1993 state pensions were almost worthless. Shops were empty and bread queues could be long, but those old cottages had gardens and some even had views of the river.  They were catching the eye of diplomats and the new elites.  The place was dilapidated, but it was prime real estate.

This picture was taken early that spring near the top of the hill by the dump bins. 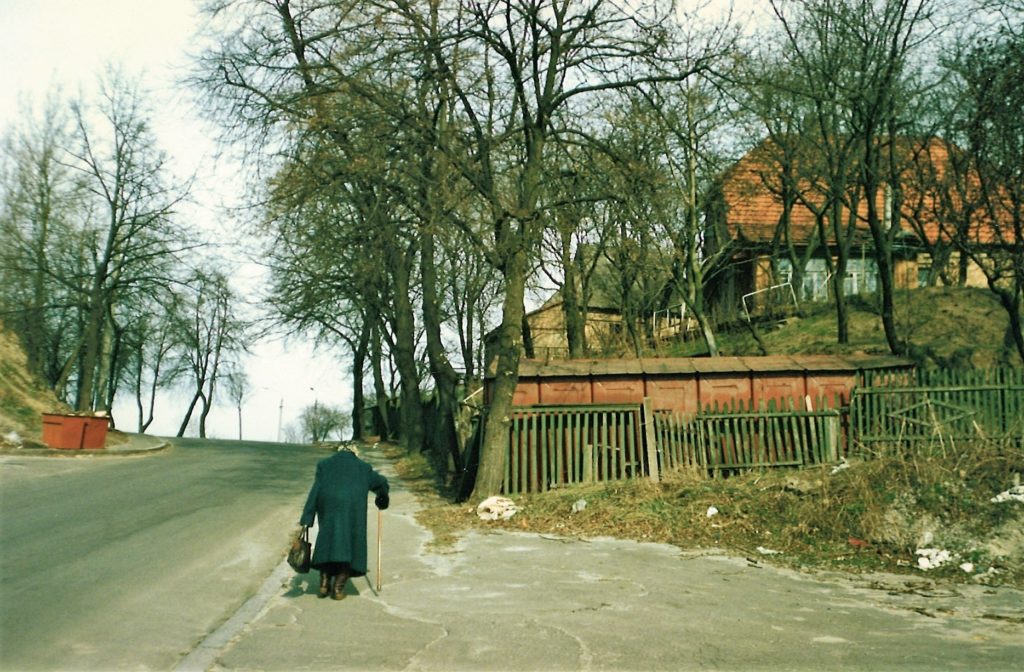 Twenty-five years later I returned to Panfilovstev Street. Most of the cottages had gone, replaced by embassies and high walls and security cameras and some ripe anti-Putin graffiti opposite the Russian consulate.

However, as I turned in from Lavrska Street I took this new image. I’m standing exactly where the previous dark-coated woman had walked, although this time I’m looking down the hill. 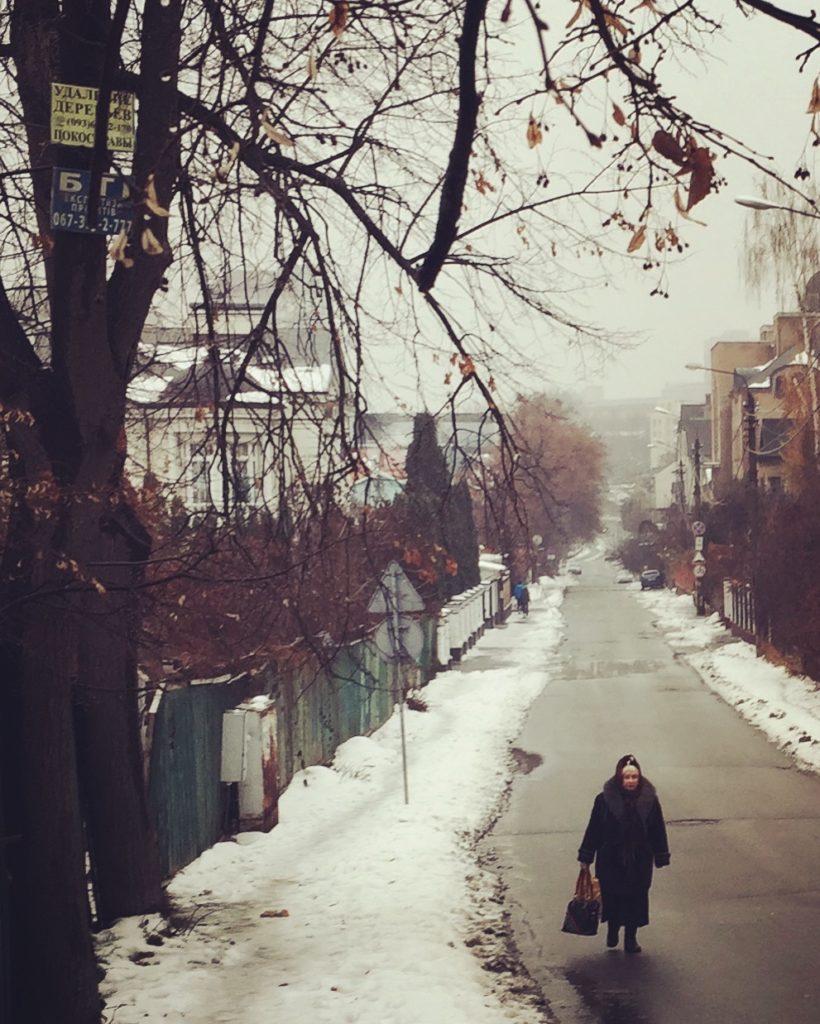 I had expected to find that most things had changed and so they had. Nevertheless, this is the street I remember from 1993 – the street where my character Elena Vasilyevna trudges each day. It’s just a snapshot – it doesn’t show the trampolines in the gardens or the fancy cars in the garages or the security guards loitering in the driveways.  As always, so much stays outside the frame.

I hope Snegurochka captures some of that. 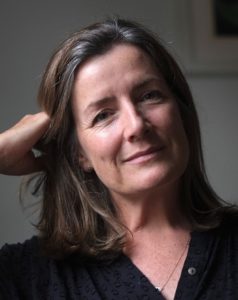 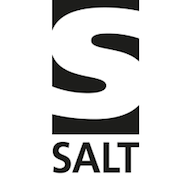